You are at:Home»News»Corruption Battle Continues in Afghanistan 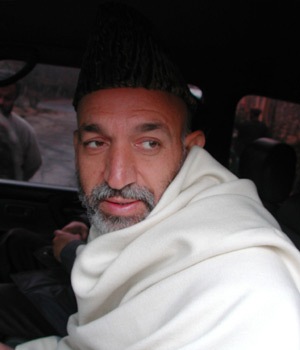 By Ian Graham
Emerging Media, Defense Media Activity
WASHINGTON, Aug. 5, 2010 – It can’t be shot, it can’t be destroyed with a mortar or rocket-propelled grenade, and most of the time it can’t even be seen. But corruption within police and military units is one of the biggest threats facing the Afghan national security forces.

During an Aug. 3 “DoD Live” bloggers roundtable, Coast Guard Capt. Steven Andersen, staff judge advocate for the anti-corruption office of NATO Training Mission Afghanistan and Combined Security Transition Command Afghanistan, discussed the commands’ efforts in working with the Afghan government to build systems, processes and institutions that limit future opportunities for corruption. But right now, Andersen said, they’re still trying to identify problem areas in Afghan forces. It’s difficult, he explained, because corruption can mean so many different things – it could be a company commander not paying his troops their full salary or it could be a fake roadblock used to shake down travelers for money or goods. “There’s no one magic result that’s going to solve the whole corruption problem,” he said. Andersen said he’s been impressed with the willingness of some Afghan security forces members to stand up in the face of corruption, risking possible retribution by their corrupt counterparts, or worse, by insurgent groups such as the Taliban. “There are certain concerns when any individual comes forward in any society to bring forward information about corruption or a crime being committed,” he said. “Although those concerns exist, there are also some very courageous and somewhat inspiring Afghans in the police and the army who are actually standing up and making a stand against corruption and things that are going on in the ministry they know aren’t right.” The best thing that can happen for Afghanistan is a cultural shift, Anderson said, and he added that he doesn’t think it’s a pipe dream or something on the distant horizon. It’s not going to happen overnight, he acknowledged, but he said the shift already is in progress. “I do not subscribe to the theory that Afghans accept corruption,” Anderson said. “I believe they tolerate it. I believe they tolerate it because, in some cases, there’s no other way to get some things done. But I don’t believe they accept it.” Andersen said he has spoken to many Afghans, and his assessment is that corruption is tolerated because of the unstable environment the country’s been in for the past few decades. It’s not an issue of changing morality or a sense of right and wrong in the culture, he said. The goal is to make Afghans aware that they don’t need to tolerate bad behavior any more. “I’ve talked to several individuals who have [had]religious education here, and they clearly say that their morals are not that different,” he said. “You know, lying here is lying — it’s like lying in our country. Cheating here is like cheating, lying is like lying. There are some cultural differences, I think maybe, when it comes to nepotism and helping people get jobs and things like that. [An independent survey] asked people, you know, ‘Do you think this is wrong?’ and a majority of people say ‘Yes.’” But surveys don’t always provide an accurate measure of corruption, Anderson noted. Many show skewed data, he explained, because they’re based on perception and image, not necessarily first-hand experience. “The police have a corruption problem, but sometimes I think it gets a little bit overblown by the surveys that are always looking at perceptions,” Andersen said. “If I have a neighbor who tells me that their brother-in-law was shaken down by the police, then my perception of the police is that they are corrupt, although I might not have experienced it.” Leadership is changing the way is the Afghan security forces are run. For example, the new interior minister has been known to travel to remote police stations and show up with no announcement or fanfare, sometimes in the middle of the night, just to see how things are going, Andersen said. A “personal asset inventory” now is being used to make sure commanders aren’t requesting money for eight policemen when they have only five in the unit. Andersen said that kind of involvement from leadership will help immensely in weeding out the corrupt individuals who tarnish the entire service’s reputation. “It’s not every police officer. It’s not every army officer — or every patrolman, or every NCO, every general. It’s not. And that is one of the challenges,” he said.