You are at:Home»News»New Zealand soldier killed in Afghanistan ambush 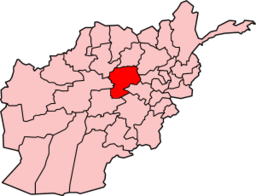 Source: Reuters
WELLINGTON, Aug 4 (Reuters) – A New Zealand soldier was killed in an ambush in Afghanistan, the country’s first combat death there, the government said on Wednesday.

The soldier was part of a routine patrol in Bamyan province, when an improvised explosive device was detonated and then was attacked from two positions.

Two other New Zealand soldiers and a local interpreter were seriously injured in the attack, but their wounds were said to be not life threatening.

Bamyan, populated largely by minority Hazara Shi’ites fiercely opposed to the Sunni Pashtun Taliban, has until now been one of the most peaceful provinces in Afghanistan.

“This is New Zealand’s first combat loss in Afghanistan and reinforces the danger faced daily by our forces as they work tirelessly to restore stability to the province,” Prime Minister John Key said in a statement.

New Zealand has had a force of around 140 soldiers engaged in reconstruction and security projects deployed in Bamyan since 2003.

It also has around 80 special forces soldiers based in Kabul. (Reporting by Gyles Beckford; editing by Myra MacDonald)
AlertNet news is provided by Reuters