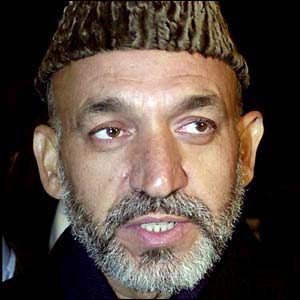 THE international conference in Kabul is undoubtedly the first of its kind in decades as the city hosted delegates from 70 states. It also gave Afghan President Hamid Karzai an opportunity to outline some specific goals he hopes to achieve. The biggest news was Karzai announcing the takeover of responsibility of security of all 34 provinces by 2014, a milestone indeed.

Reports of infighting and power wrangling within the different wings of the security establishment and desertion and corruption within the ranks raise doubts about the president’s assertions. Unless serious reform within military and police are undertaken it might not be possible to raise a strong and cohesive force.

In addition, while admitting that governance is still a challenge, Karzai wants international aid delivered through government to be increased to 50 percent. Presently, the total development aid channeled through Kabul is only 20 percent. The main reason is a clear lack of confidence in the government’s ability to control corruption and implement a transparent and effective system for distribution of aid.

Corruption in the government and administration remains a serious challenge, something the international community wants Karzai to redress with immediate effect.

At the same time, Afghanistan will have to contend with international concerns over negotiations with insurgent groups. The conference is a good opportunity to deal with the issue and work out an acceptable strategy. It is time to decide on a feasible strategy and not indulge in endless blamegame, pushing respective agendas.