You are at:Home»News»Afghan businesses, troops accused of stealing fuel 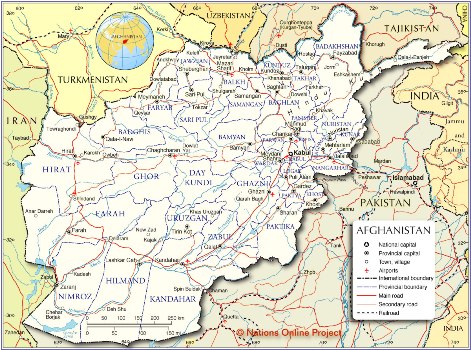 By admin on July 26, 2010 0 Comments
Share this story
By DEB RIECHMANN

KABUL, Afghanistan — Two ex-soldiers and two Afghan companies schemed to steal $1.6 million of fuel from a military base, the U.S. military disclosed Monday as an example of its efforts to root out shady dealings in the contracting business in Afghanistan.

The two Afghan companies have been suspended from doing business with the U.S. government and the two former American soldiers – allegedly caught with more than $400,000 in cash at the base – have been charged with conspiracy to commit theft of government property, according to Brig. Gen. Camille Nichols, head of the contracting authority for both Afghanistan and Iraq.

Afghan President Hamid Karzai has long criticized the international contracting process. He says the Afghan people don’t always reap the full benefit of the billions pouring into Afghanistan because much of the money goes to high-priced contractors and a series of subcontractors. War-weary Afghans who have not seen improvements in their daily lives during the past eight years have become skeptical of the international community, undermining the U.S. war strategy to win the loyalties of the people away from the Taliban.

Nichols briefed reporters in Kabul about the stolen fuel and outlined how the U.S. government was trying to make the contract process clearer and crack down on abuses and shoddy work. She said numerous contracts were terminated in the last 18 months due to the crackdown.

Still, the transparency campaign might prove difficult in an impoverished country where corruption has become widespread, leaving Afghans disgruntled with their government and the international community.

With little oversight, it’s unclear where most of the contract corruption occurs.

“I have seen different reports,” she said. “Some say it’s only the big guys and the little guys are working for peanuts. And some guys say `It’s everybody running amok.'”

She said a new so-called “contractor’s transparency clause” is being reviewed at the Pentagon and is expected to be finished this week or next. The clause would require lead contractors to list subcontractors on a project to improve oversight.

“We want transparency,” she said. “Then anybody who wants to bid on our contracts will have to tell us all of the subcontractors, give us their licensing, give us their banking information, give us their senior leaders so we know exactly who is going to be inside this project we’re doing.”

Afghans also complain that too many international contracts are awarded to powerbrokers. Nichols acknowledged the U.S. tends to use the same contractors over and over. She said the U.S. is realizing that it might not be the best practice to further the goals of a counterinsurgency strategy, which is struggling to succeed especially in Taliban strongholds in the south.

“We want to broaden our vendor base and allow more people to become part of this and grow their capability, their competency as well as possibly induce more competition into the process,” she said.

In addition, the U.S. soon will be using intelligence to identify contractors with alleged ties to insurgent or criminal networks, she said.

The fuel theft was uncovered in February when people found boxes of cash in one of the ex-soldier’s offices at Forward Operating Base Shank, a military base near Pul-e-Alam, the capital of Logar province in eastern Afghanistan.

“They opened the boxes and found $168,865,” Nichols said. Another $235,000 in hidden cash was discovered during the investigation, she said.

The two former soldiers, Staff Sgt. Stevan N. Ringo and Sgt. Michael Dugger, received the money from Sulieman & Sons, she said. The two, who have been discharged from the service, were charged last month in a U.S. court in Alexandria, Virginia. The case is ongoing.

Guzar Mir Bacha Kot Transportation, the lead contractor involved, has been suspended from doing business with the U.S. government, and the company has 30 days from the suspension notification to provide information or proof that they were not involved in any criminal activities, Nichols said.

Sulieman & Sons, a subcontractor for the Afghan transportation company, was convicted in an Afghan court and the owner and his nephew have served time in connection with the fuel theft case, she said. The U.S. government is moving toward “debarment” – which would prohibit the owner of Sulieman and his nephew from conducting business with the U.S. for up to three years.