You are at:Home»Refugees»Europe»Protest in Norway Against Kuchi Invasion of Behsud 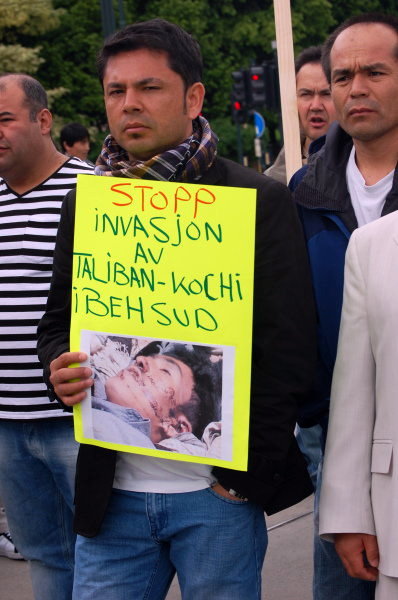 Protest in Norway Against Kuchi Invasion of Behsud

By Hazara People on June 2, 2010 0 Comments
Share this story

Hundreds of Norwegian Hazaras held a protest rally on May 29 in Oslo against the Kuchi invasion of Behsud. Children and mothers also participated holding banners and placards demanding the Govt. of Afghanistan to stop Kuchis killing vulnerable Hazaras in Behsud.

Below is the speech of one of the speakers, Jamila.

“Today we are here to protest against fascists and terrorist group of Afghanistan the “KOCHIES”, who have recently invaded Behsood, a Hazara territory in Afghanistan killing 13 innocent people. For more than a century, every year, the blood of hundreds of Hazaras in general and Hazaras of Behsood in particular have been shed by armed KOCHIS. They have been invading and occupying the lands of Hazaras in Afghanistan, burning the houses and the farms of Hazaras every year. This is not the practice of few years, but over a hundred years. KOCHIS are armed with sophisticated weapons. The disarmament programs implemented by the Govt. of Afghanistan and NATO is not implemented on Kuchis. These KOCHIS are supported by the TALIBAN and probably AL-Qaida. Why is the international community and NATO silent on KOCHI attacks against Hazaras? We, todays protesters, request the international community and specially the United Nations to force the Afghan Govt. to stop KOCHI terrorism and find a permanent solution to the grazing issue.” 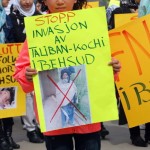 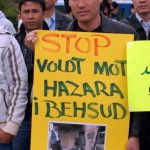 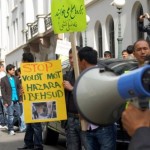 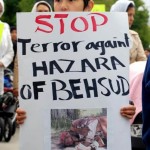 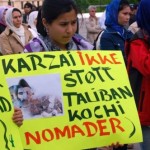