You are at:Home»Refugees»Europe»Protest in London Against Kuchi Invasion of Behsud 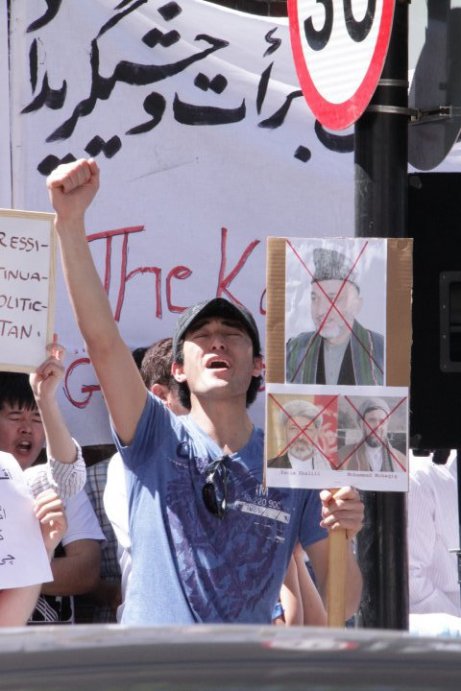 Protest in London Against Kuchi Invasion of Behsud

BBC Persian report of the protest in London.

Hundreds of British Hazaras protested in front of the Embassy of Afghanistan in London on May 23 against the Kuchi invasion of Behsud. Protesters staged a sit-in in front of the Afghanistan Embassy holding banners and placards with slogans against Karzai.

The speakers expressed condolence to the bereaved families of a dozen martyrs of Behsud. They strongly condemned the Karzai Government’s failure to stop Kuchi attack and taking no serious steps to resolve the issue permanently. They said nomadism has been used as a political tactic by different governments, dating from Abdul Rahman till the Karzai administration. Protesters were also critical of Hazara leaders including Vice President Khalili and Muhaqiq. They said these leaders have time and again cooperated with Karzai but no positive outcome. They were saying some fascist elements in the Government and Cabinet are backing Kuchi invaders who are actually camouflaged Taliban fighters.

Meanwhile, other protest demonstrations are to be held in different European countries and Australia soon.