You are at:Home»Refugees»Pakistan and the rest of Asia Pacific»Hazaras Hustle to Head of Class in Afghanistan 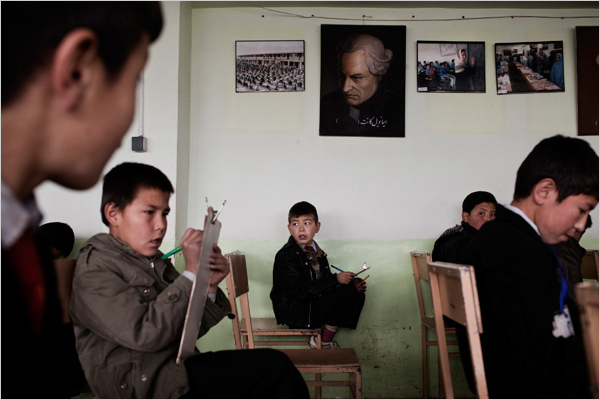 Hazaras Hustle to Head of Class in Afghanistan

KABUL, Afghanistan — For much of this country’s history, the Hazara were typically servants, cleaners, porters and little else, a largely Shiite minority sidelined for generations, and in some instances massacred, by Pashtun rulers.

But increasingly they are people like Mustafa, a teenager who has traveled a rough road but whose future now looks as bright as any in this war-ravaged country. His course reflects the collective effort of the Hazara, who make up 10 to 15 percent of the population, to remake their circumstances so swiftly that by some measures they are beginning to overtake other groups.

Like many Hazaras of his generation, Mustafa, now 16, fled Afghanistan with his family in the mid-1990s. They settled in Quetta, Pakistan, living with other Hazara refugees outside the Taliban’s reach and getting a taste of opportunities long out of their grasp.

After the 2001 American invasion, his family returned, not to their home in impoverished Daykondi Province, but to Kabul, where his uneducated parents thought Mustafa and his siblings would get better schooling. “There was no opportunity for studying in Daykondi,” he said.

Mustafa is now a top student at Marefat High School in Dasht-i-Barchi, a vast, poor Shiite enclave in western Kabul of potholed dirt streets, unheated homes and tiny shops. Nearly every one of his graduating classmates will go on to college. Mustafa, an 11th grader who favors physics and mathematics, wants to study nuclear physics at a Western university.

“The Pashtun had the opportunities in the past, but now the Hazaras have these opportunities,” said Mustafa, whose school director asked that his last name not be published. “We can take our rights just by education.”

The Marefat school is a refuge for 2,500 Hazaras, many from families like Mustafa’s who fled their homeland in central Afghanistan for Pakistan and Iran in the 1990s and returned after the fall of the Taliban, which had massacred thousands of Hazaras, to make their lives in Kabul.

Since the 2001 invasion, an influx of Hazaras has changed the composition of the capital. More than a million Hazaras now live here, making up more than a quarter of the city’s population.

With a new generation of Hazaras attending school in relative security and motivated by their parents’ dispossession, their success could alter the country’s balance of ethnic power.

“The Hazara always wanted an open atmosphere to breathe, and now we have that,” said Mohammed Sarwar Jawadi, a Hazara member of Parliament from Bamian Province.

If there is a recent parallel it is the Kurds of northern Iraq. Once dispossessed and abused, they created a thriving new society after the imposition of no-fly zones in the 1990s and the ouster of Saddam Hussein almost seven years ago.

The Hazara resurgence is not so geographically concentrated. The principal Hazara provinces, while relatively safe, remain impoverished and, their leaders complain, are bypassed by the foreign aid sent to Pashtun areas as a carrot to lure people from the insurgency.

Instead, it is a revival built largely on education, an asset Hazaras could carry with them during their years as refugees.

“With education you can take everything you want,” says Qasim, one of Mustafa’s classmates, a 15-year-old Hazara who moved to Kabul, the Afghan capital, from the northern city of Kunduz five years ago because his parents wanted better-educated children.

The old Afghan rulers “wanted to exploit Hazara people, and they didn’t want us to become leaders in this country or to improve,” he said. But that will change. “By studying we can dictate our future.”

The Hazara gains have already been rapid. Two Hazara-dominated provinces, Bamian and Daykondi, have the highest passing rates on admissions exams for the country’s top rung of universities, according to officials from the Ministry of Higher Education. In the high school graduating class of 2008, three-fourths of students in Daykondi who took the test passed, and two-thirds in Bamian, compared with the national rate of 22 percent.

In a country that has one of the world’s lowest female literacy rates — just one in seven women over age 15 can read and write — the progress of Hazara women is even more stark, especially compared with Pashtun provinces.

Pashtuns, who are mostly Sunni, are the country’s largest ethnic group. While the Taliban insurgency rages in Pashtun regions, and many schools are attacked or forced to close, the enrollment of girls in Bamian schools rose by nearly one-third the past two years, to 46,500, as total school enrollment there grew 22 percent. 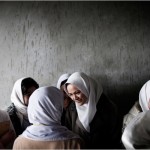 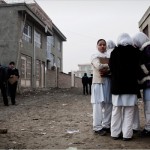 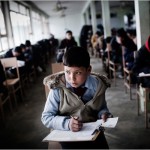 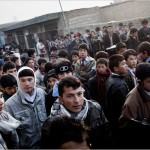 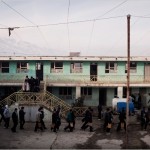 Total enrollment in Daykondi rose almost 40 percent to 156,000 over the past two years, and girls now make up 43 percent of students, said Mohammad Ali Wasiq, the Daykondi Province education director. More girls passed the entrance exam for the country’s top-rung universities from Bamian and Daykondi in 2008 than from 10 mainly Pashtun provinces combined.

The Hazaras’ emphasis on educating girls as assiduously as boys, along with a stronger belief in gender equity than is common here, belies the perception of Afghan Shiites left by the passage last spring of a law for Shiites that condones marital rape. Its passage was seen as an effort by President Hamid Karzai to win support from Shiite clerics before elections.

But many Hazara men opposed the law, including officials at the school. A powerful Shiite ayatollah in Kabul condemned the school for its opposition, leading to violent, rock-throwing demonstrations, but only 22 of Marefat’s students dropped out as a result of the pressure, administrators say.

College-educated Hazaras, including women clad in white head scarves, are a growing presence in Western offices in Kabul. And Hazaras have flooded the security forces, and now are a disproportionate fraction of soldiers, while Pashtun representation continues to lag.

Pashtun leaders worry about how their own students are faring even as Hazaras excel, and some even fret whether rising Hazara influence could lead to the largely Shiite Iran having greater sway within Afghanistan.

“The government should work hard to make the opportunity for other places in the country to also go forward,” said Khalid Pashtoon, a Parliament member from Kandahar. He said he had no problem with Hazara gains in education, but added, “The only fear I have is if countries like Iran use it politically in their favor.”

Continued Hazara gains, of course, depend on the Taliban never returning to official power. Aziz Royesh, director of the Marefat school, says he worries how groups that have long held power in Afghanistan will adapt as Hazaras fill more places within the government, military and other influential professions.

“It will be very difficult for them to see that a new generation is coming,” said Mr. Royesh, 40, who fought the Soviet occupiers and never made it past the fifth grade. “Now they cannot use the force of government to prevent specific people from getting their civil rights and their human rights.”