You are at:Home»Art»Why do we learn new language? 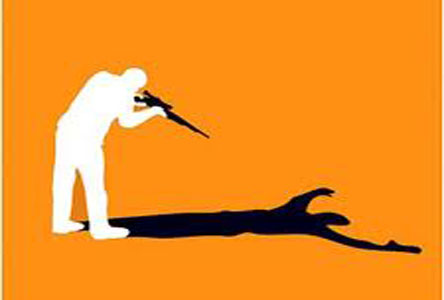 Why do we learn new language?

Opponents of the Farsi language are increasing.

Those who remember media time under mohammad Dawoud time and also how Turky and Amin came to power, will quickly understand what Mr. khoram saying. It is not that Mr. Khoram, habibullah Rafie and their friends had no  plan for Pashto and Farsi languages in Afghanistan. They have plans. These ideas have been planned for some decades of Mohammad Gul Khan Mohanad and Mohammad Dawoud during his primer minister time. These plans have been carried out since that time.

I have followed the internet sites, published and electronic media since the adventure of Basir Babi and Abdulkarim Khoram. In general, those who have written in protest against using Farsi words can be divided into the following groups

A: In some writings I see their simplistic minded approach, that adding 100 Pashto words in Farsi language would not be a problem and it doesn’t damage it.

B: Some argue that Farsi and Dari might have been one language once, but not today. Today they are two independent languages.

C: Some of those who are against people, who are supporting the correct way of speaking Farsi, condemned them to be betrayal, spying for foreigners, and working for enemies of Afghanistan.

D: Some recommend people to use English words ” national terminology” as if English words are closer than Iranian Farsi to both Pashto and Farsi languages.

E: Another group was against having billboards in two languages at government offices or private organizations in other countries. They said that in cultural affairs Commission to have billboards in two languages ??is something new in Afghanistan and it is copying of others. Some day In Afghanistan, we should decide which language is more official.

E: Some others with criticism of ethnic prejudice, language and religious recommend open-mindedness and tolerance towards Pashto speaking people. They asked Farsi speaking people to:

1. Distinguish that their language is Dari and not Farsi.

2. They have to be tolerance for some Pashto words, which been added in Farsi language during the five decades.

Unfortunately the main problem is not about 100 or 1000 Pashto words. By coming new technology in our life we will need to create new words. In the beginning people have been forced to use some Pashto military terminology instead of Farsi and since it has been continued with adding new Pashto words. During Mr. Karzay government entered many Pashto words to medical faculty and all this have been done under name of having a common national terminology. Today use of ranzor ph-ha and ranzor mal are common in ministry of health. Other examples could be mentioned the use of qazawat poha and saran poha  in ministry of justice. Adding of Pashto terms and alphabet to Farsi language has been justified as a way to keep nation united. All that is a plan to destroy Farsi language and not adding just some Pashto words to it. Acceptation of these words in Farsi language means to forget the ancient of Farsi language.

The argument that Iranian Farsi and Afghan Dari are two separated languages is not accepted.  Indeed, words like ranzor poha and ranzor mal and pohanton and pohanzai are not familiar for our faraudi and bakhtari Farsi speaking neighbors. They have right to not be familiar with these words and if the current trend of “nation unity” program continues, it will soon cause disappearing of the common language between Fararudi, Afghanistan and Iran. Those who before approval of the constitution in 1960 insisted to name Dari the Farsi language which was spoken in Afghanistan, they had prediction of today’s situation. That is why we have to stop the imposition of Pashto words into Farsi language under name of “national terminology”. Otherwise we will soon have a language called Dari, but it does not have the slightest connection with its past (Farsi).

It is notable to mention that Mohammed Dawoud in his first term as prime minister had first invited a French linguist and later two Soviet linguists (one of them was Jewish and from Central Asia) to Kabul to carry out a program for destruction of Farsi language. The French linguist refused the request of Mohammad Dawoud and called it for crime against human capital. But the Soviet linguists responded to this request, and the national terminology was created. Since we heard in afghan media words like raiese bakhter etelaati azhanse zohre diroz ba raiese da afghanistan da saderato par ekhtiaye bank had meeting.
The Soviet linguists had the experience of how to eliminate ethnic languages ??in their own country. They knew that this experience gave god result in Uzbekistan, Tajikistan and other Central Asian republics. Other ethnic languages like mashitin Turkish, ghara ghalpaqi, edmorti and…also eliminated by the same methods in Soviet Union. By adding Russian words in Farsi language in Tajikistan and in Uzbeki language in Uzbekistan, the result was that these languages were in risk of dying.  Solid modeling and changing the native languages and forcing people to be united in Soviet Union was the systematic program which been sponsored by the government. Their plan was succeed since Ukrainian or Uzbek speaking people felt shame to speak their native language. This plan was carried out by Muhammad Dawoud and his friends in Afghanistan. Tajiks in Tajikistan and Uzbeks in Uzbekistan, as well as other ethnic groups have more or less lost their connection with their past.

The point is what we have to protect? The Farsi language which is a common language in Afghanistan, Iran and Tajikistan and it existed in more than thousands years. Or in respect of wrong understanding of “nation unity” program which has been provided by some Pashtun government.

Language is a phenomenon in developing. When a language develops, then it has the ability to cover the needs of new words. However, if there creates new Farsi words outside Afghanistan and the afghan government bans using of them, in that case the Farsi language does not deliver today’s needs. Farsi speaker are forced to learn other languages to get education.

It is difficult to defend the national values ??of a country where using of native language is seen as treason and espionage. It is difficult to have hope and work towards a united nation when high standing professor in literature like Professor Rahnaward Zaryab, Professor Wasef Bakhtari and open minded young men like Sakhidad Hatef because of their defend of their mother tongue have been deemed as betrayal and foreign spy. I doubt that in Afghanistan we have better professor in Farsi language than Professor Rahnaward Zaryab and Professor Wasef Bakhtari. Further, they have the abilities of giving fatwa regarding Farsi language. If they are incorrect or are traitor, then who can be the role models for the next generation? Abdul Karim Khurram and Habibullsh Rafi

The flow of English and Urdu words to Farsi and Pashto languages are not a problem for Abdulkarim Khoram, Habibullah Rafi and their partners. No one can remember that Mr. Rafi or Khurami showed any reaction of using chicken curry soup in Farsi or Pashto language.

They are trying to replace Farsi words with English words, for example: culture instead of farhang, tourism, rather than jahangardi, media rather than rasaneha reports instead of gozaresh and director instead of kargardan, producer rather than tahiya konanda, editor instead of paivangar . They also are trying to use old Pashto words valsmasher for something new like president. They even tried to translate and change street name into Pashto for example sarkhi pola instead of pole charkha. Noy khar instead of naw shahr………  It really cannot be tolerated anymore, and no nation unity plan can justify such obviously prejudice.

In the communist system are all people equal. But someone says: let’s do not forget that the majority are more equal.
Today in Afghanistan, some people claim, that the language which majority are speaking, should be more official then others. They give themselves the right to occupy other languages through enforcement of words from their language to others. This is really ridiculous.

People learn languages because of their need to that language and not because of prejudice or bias. As an example near Germany and Nederland border the people on Nederland site hated to speak German. But after opening the border German people crossed the border to Nederland for cheap shopping and it was a reason that prejudice slowly was gone. Today residents of border areas speak German because they need that language to communicate with their German customers.

For my Pashtun fellow there are easier ways to develop their language, and this is nothing than more publishing in Pashto. Then I, a Farsi speaker person will learn Pashto because of my need. They are sitting in the regime, and they can build more roads to make travel easy between towns and villages. Then Tajik, Uzbek and Hazara people can easy travel to Pashtun areas to make business and this will certainly force them to learn the Pashto language. I am sure people do not learn a language because of keeping nation united and it never find place in Afghanistan. People do not have the opportunity and patience to learn the language. People will never learn a language by force and it does not matter which language it is.

If there being created a need of a language then people are more encouraged and likely to learn that language. I know Pashto but unfortunately I cannot use this language to get knowledge. The commonly of the sites or books that are published in this language is used to humiliate and insult me. These few examples I mentioned above are some of many. Do I really need to teach my children a language which is used to cursing? It would be better for Pashtun government to use their power to improve their language instead of making Farsi weak. Then my children because of achieving knowledge in fields as biology, chemistry, botany, medicine, sociology and politics are forced to learn Pashto.