You are at:Home»Afghanistan News»Chief Justice of Pakistan deems Hazara killings a Genocide 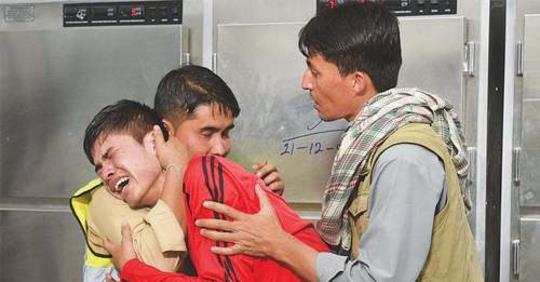 Chief Justice of Pakistan (CJP) Mian Saqib Nisar on Friday said that the Hazara killings in Balochistan are tantamount to carnage, which is why the court took a suo motu notice of the targeted attacks.

A two-member Supreme Court (SC) bench, comprising Justice Nisar and Justice Ijazul Ahsan, was hearing a suo motu case regarding the targeted killing of the Hazara community in Quetta. The CJP had taken a suo motu notice after the Hazara community staged a protest against the recent increase in targeted attacks that killed at least five people within a month.

“In my opinion, this [Hazara killing] is equivalent to wiping out an entire generation,” said Justice Nisar. “We have to protect the lives and property of the [people of the]Hazara community.”

“We have no words to condemn these unfortunate attacks,” lamented the CJP.

A report on Hazara killings was submitted in court by Quetta Deputy Inspector General (DIG) Abdur Razzaq Cheema on the CJP’s orders. According to the report, 399 Shia, 36 Sunni and 29 settlers from the Hazara community have been killed in targeted attacks during the past six years.

In the past four months, nine people from the Hazara community have been murdered, the report stated. It added that 28 security officials have been killed so far in 2018. However, the situation has improved a lot now, Cheema claimed.

Advocate Iftikhar Ali, who was representing the Hazara community, lamented that targeted killings of the ethnic minority have been going on for 20 years, yet not a single arrest has been made.

“Our lives and property are being endangered,” he said. “Our people had to leave for Australia [to escape the situation].”

Ali also alleged that the police had withdrawn security from their community elders as well. The accusation was denied by Cheema.

“We have worked very hard due to which the number of casualties has decreased,” Cheema responded and added that the Counter-Terrorism Department had arrested terrorists involved in cases of kidnapping for ransom.

Ali, however, said that the government had not acted upon a security plan that had been developed in 2013 by the PPP’s government. Justice Nisar asked him if the implementation of the plan would put an end to the violence against the Hazara community, to which he said that it could be fine-tuned. The chief justice ordered that the security plan should be improved and implemented.

The SC ordered law enforcement agencies to submit a report on the targeting of the Hazara community. He assured Ali that the court would form a committee if needed. However, Hazara Democratic Party leader retired Major Nadir Ali told the court that a joint investigation committee had been formed to investigate targeted attacks against the Hazara community, yet nothing had been done.

Qayyum Changezi, another representative of the Hazara community who appeared in court today, claimed that the terrorists who had been convicted in terrorism cases were still not punished.

He further lamented that the families of the martyrs had not been given jobs.

The case was adjourned until after Eid.