You are at:Home»Art»Culture, history and unending miseries of Hazara people 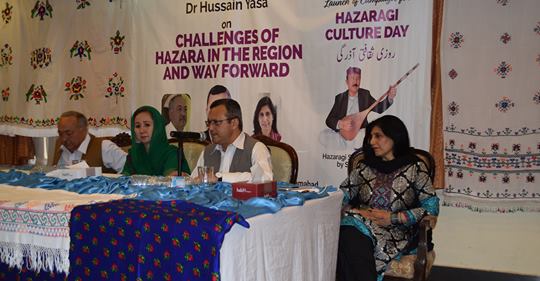 The culture, language and traditions of the Hazara people were discussed and celebrated at a gathering of social activists, diplomats, intellectuals, and folklorists on Saturday.
The event was held to launch a campaign for celebrating Hazara Culture day to be observed on May 19.
The tone and tenure of speeches intermixed with Hazaragi music were full of lament and grief and the ambience very sombre as two more members of the most persecuted community have fallen prey to targeted killing in Quetta the same day. 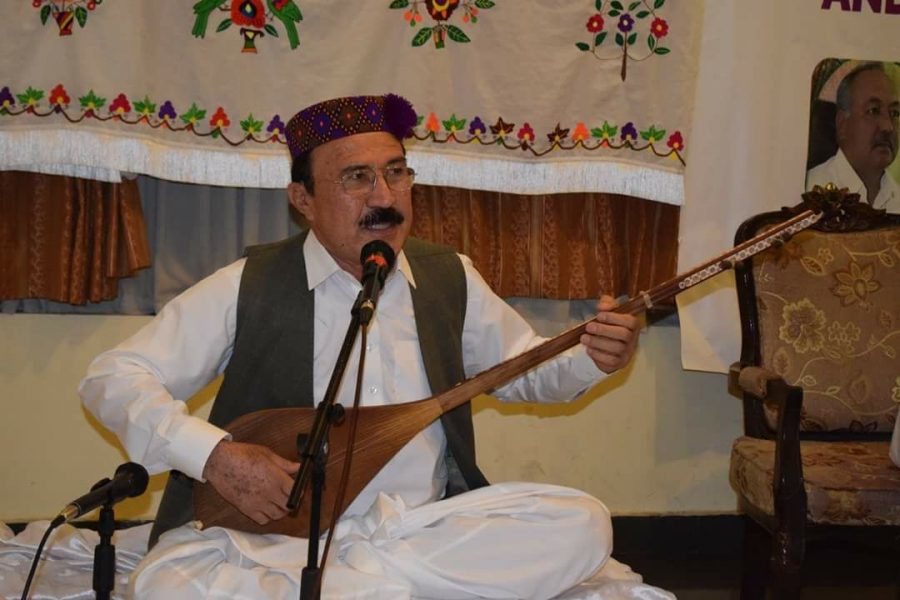 The speakers, including Dr Hussain Yasa a prominent journalist and intellectual based in Germany, Dr Fauzia Saeed, Fatima Atif, chairperson of Hazara Forum, Islamabad chapter and Ahmed Ali Hazara expressed indignation at the spike in the killings of the Hazaras and urged for stringent steps for the protection of the community and elimination of terrorist safe havens.

Speaking at the occasion, the former Lok Virsa executive director Dr Fauzia Saeed said that every community should promote their culture however one should be aware of and respect multiple identities and cultural diversity.

Promoting one’s culture does not mean we are going back in time as culture is dynamic which keeps changing and should be made relevant to modern time and needs, she said.

Youth needs to be educated on the importance of the folk culture that will help them explore the future with their feet on grounds and give confidence and respect for the past.

This day is very important for us. For the first time in the history of the community Hazara community’s rich culture and lifestyle was acknowledged at government level and a diorama was established at the Lok Virsa in 2016, said Fatima Atif, women rights activists.

She was all praise for Dr Fauzia Saeed for establishing the ‘Hazara Diorama’ at the Heritage Museum. 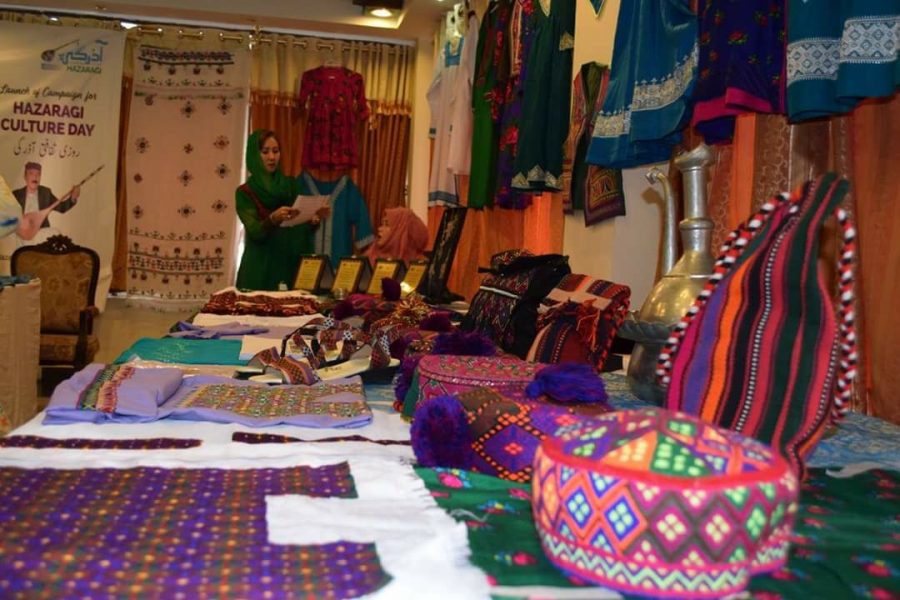 The main objective of the event was to present the soft image of Hazara community to the people of the capital and discuss the unique culture and language of the most persecuted community, as there has been a misconception about the Hazaras that needs to be removed, she said.

Hazaras are also human beings, they have feelings like others and they want to live in a peaceful society, she said.

Fatima said that members of the Hazara community have played a significant role in the development and social life of Pakistan. In the recent Asian games 13 out of 17 medals won were brought by sportspersons and athletes from Hazara community.

But shockingly, the community has been frequently targeted. Over 3,000 have fallen victim of the targeted attacks for the last two decades.

For the last two decades we have been targeted in markets and on roads by terrorists, who remain unknown, said Ahmed Ali an activist of the community.

The frequency has alarmingly increased, said Ali, a photographer by profession. Most of the targeted killings have happened in a stretch of 3km between Alamdar Road and Hazara Town in presence of four check-posts manned by police and FC personnel, he said. The most disturbing aspect of the tragedy is that not a single culprit has been arrested in connection with these killings, he said.

The relentless suicide attacks on Hazaras since 2002 have compelled around 70,000 affluent families to flee to Australia, Nordic and European countries to escape abuse and persecution in Afghanistan and Pakistan selling off their houses, shops, said Yasa.

The Afghanistan Constitution granted Hazaras equal rights, and they were well-represented in the administration and parliament. Hazaras have 50 representatives in a 245-house, he said.

Bamiyan, Hazara capital, is among the country’s poorest cities, lacking basic facilities where the per capita income is $8 as compared to $200 in Helmand province.

He criticised the over-centralised system of governance as one of the main factors in rampant corruption, rising inequality between ethnic minorities in Afghanistan.

Despite enormous discrimination, the Hazara community is very resilient and hardworking and most educated community, said Zarina, a teacher and activists, sharing her experiences while working with the community.

Safdar Hazara, a noted singer and tamboura player presented folk songs depicting the pain and gloom of the community.