You are at:Home»Hazaristan»Who is afraid of education? 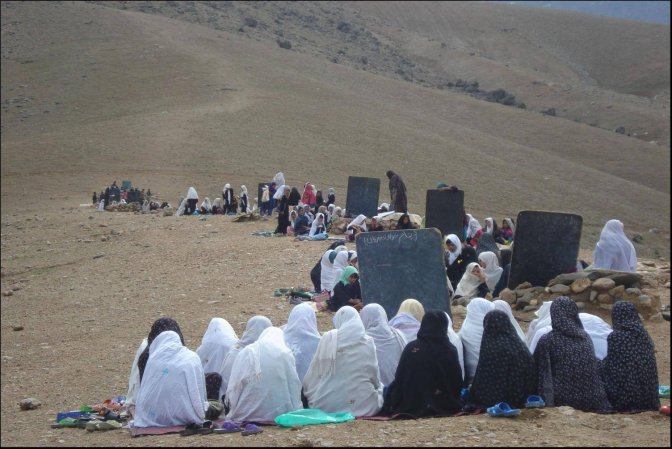 Who is afraid of education?

The state of education in Daykundi

Daykundi is one of the poorest provinces in Afghanistan. This kind of poverty is mainly due to a clear political will of the different governments that are formed in Afghanistan, despite the billions received in these years from the international community. This money has been given to the majority Pashtun areas, or more often has ended up in some corrupt politicians’ pocket. Daykundi was established as a province in 2004. That time this province had only 15 schools, today there are more than 400 schools; divided in primary, middle and high schools. Despite the poverty, the people of Daykundi have always recognized the great value of education and 44% of students are female.

A great number of these schools in Daykundi are formed without any buildings or suitable structures for students, however this doesn’t stop people pursue their education under the tents or in some cases under three shades, because most of Hazaras believe, education is the only way to get to justice, equality and prosperity, therefore, in spite of all problems and challenges caused by lack of funds for schools in Daykundi, the quality of self-supported schools/education in this Hazara inhabited province is measured very high.

For these reasons is not a surprise if the first female mayor of the whole country, Azra Jafari, has been elected in Nili, (the provincial capital of Daykundi. Every year more and more students from Daykundi attend the difficult exam of University Entrance known as (Concour) in Afghanistan, (only this year more than 6000). This fact, (the statistic of a high percentage of participation in Concour exam from Daykundi) has created among many rulers and politicians of the country, the fear that an educated Hazara population might one day threaten the traditional balance of power that is for centuries in the hands of the Pashtun élite. An educated population is difficult to subjugate. Educated people have the great opportunity to take the current dominant élite place, which is composed largely of corrupt men, drug dealers, murderers, and Taliban collaborators. Students, who entered the university this year, will one day have the possibility to create a fair, equal and democratic society for men and women. 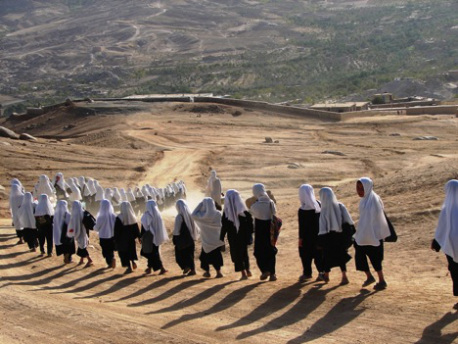 A few days ago, on Mujahedin’s Victory Anniversary over the communists, held at the presidential palace in Kabul, a famous and powerful Pashtun tribal leader in Kandahar held an angry speech against what he considers a terrible injustice. Farooq Aazam has argued that “it is not acceptable and we cannot tolerate that in a province like Daykundi more than 6,000 students participated to the university entrance exam, while from the largest and historical Kandahar only 2100 students have taken part in the same exam.” Shortly before, Aazam complained about the treatment of Taliban prisoners (which he called “our prisoners”). So it’s not difficult to understand his irritability towards the success of people considered infidel by the Taliban and probably even by himself. Aazam does not understand that in order to discover reasons behind the educational failure of Kandahar, he should do just one thing: look in the mirror. Indeed those who like him promote obscurantism, ethnic and gender discrimination, fanaticism and envy, are the main causes of their own evil and of the destruction of their own society. 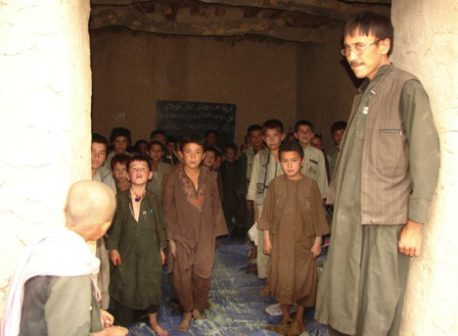 Important note: According to the U.S. Special Inspector General for Afghanistan Reconstruction (SIGAR), as of March 31, 2015, the United States Agency for International Development (USAID) had spent 769 million USD to support education in Afghanistan. A report by SIGAR accused Afghan officials at the Ministry of Education of embezzling millions of dollars by providing fake school statistics to the donors. According to this report the United States might have paid aid money for schools that did not exist. All this happened when Farooq Wardak was Minister of Education. Wardak is famous also for his opposition to girls’ education.