You are at:Home»Refugees»Australia»Sydney: Hazaras protest kidnappings On April 11, 2015 The Hazara community protested the indifference of the Afghanistan government and were also concerned at the growing number of forced deportations of Hazara refugees from Australia. 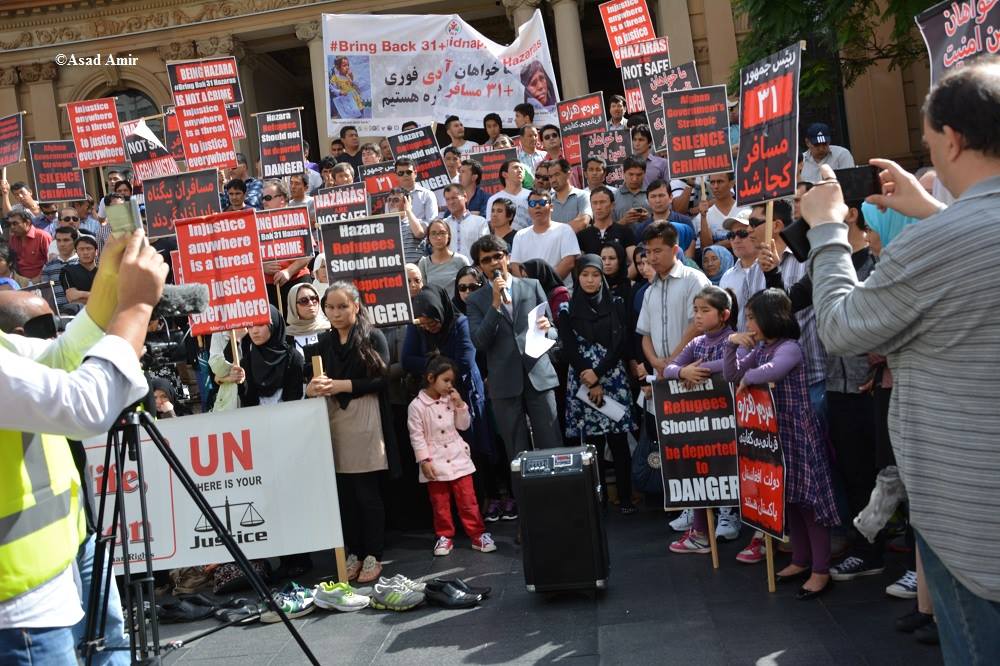 More than 100 ethnic Hazaras have gathered at Sydney’s Town Hall to call for an end to deportations and the release of dozens of their kidnapped kinsmen in Afghanistan.

Abdul Alizada, a spokesman for the Australian Hazara Federation, said the Afghanistan government has done nothing to rescue 31 Hazaras who were kidnapped from a bus in the southern province of Zabul by Taliban supporters in February. 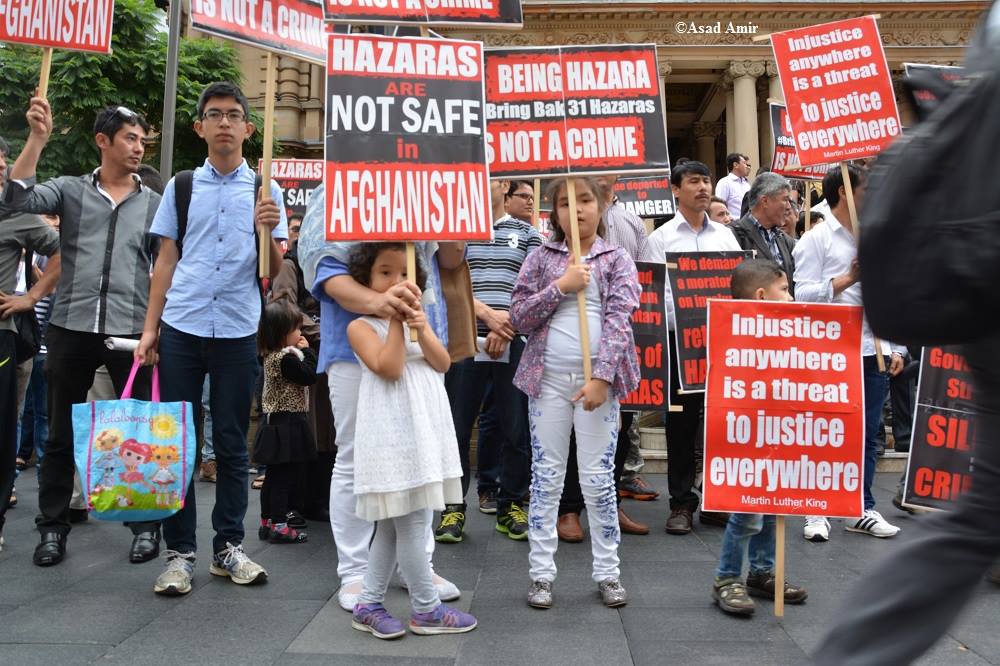 “We believe this is discrimination against the ethnic Hazaras in Afghanistan,” he said.

Protesters who gathered on the Town Hall steps as part of a peaceful nationwide demonstration also held placards raising concerns over the deportation of Hazara asylum seekers from Australia. 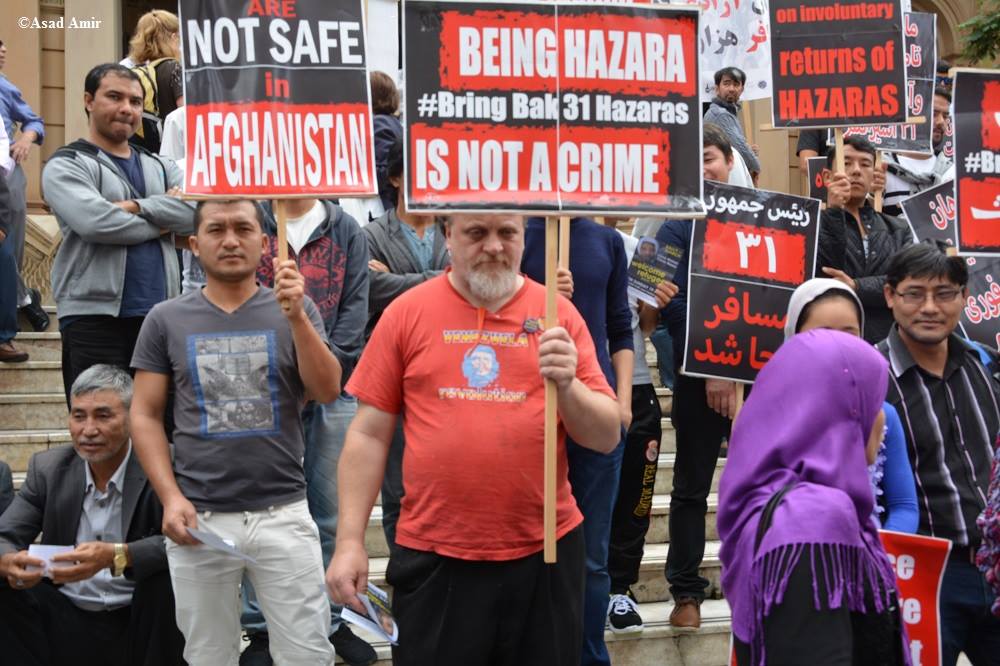