You are at:Home»Refugees»Australia»Still Deporting to Danger

Occasionally the government begrudgingly informs us about its “removals”. Beneath this sanitised word lies the horror of deportations. 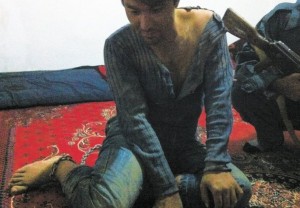 The Edmund Rice Centre, a Sydney-based social research and advocacy organisation, recently reported on the situation of Zainullah Nazeri, a Hazara deported back to Afghanistan on 26 August:

“He was in the country for only four weeks before being abducted off a bus by the Taliban and tortured. He escaped from the Taliban compound where he was being held during an exchange of gunfire. He is now in an appalling situation in Kabul in fear of his life.”

It is one of the tragedies of deportations that what happens to those deported often confirms why they were seeking asylum in the first place. The government continues to threaten Hazaras with deportation. This is no mistake. It knows full well that at the recent UNHCR Executive Committee in Geneva, both Pakistan and Iran said that they would not deport people to Afghanistan because it was not safe to do so.

It also knows that travellers are warned “not to travel to Afghanistan because of the extremely dangerous security situation”, and that “if you are in Afghanistan, you should consider leaving”, due to events like a “car bomb [which]exploded on 16 September in central Kabul”, and “unexploded landmines and other ordnance”.

It knows this because it is the travel advice it gives to Australian citizens.

It also knows that, because Hazaras are a minority, “this has, historically, led to them being marginalised within Afghan society and relegated to largely menial roles within the economy. It has also resulted in their suffering high levels of persecution at various points over the last century or so, notably at the end of the 19th century and during the period of the Taliban government of 1996-2001.

“During the latter period several thousand Hazaras were massacred in Mazar-e-Sharif in August 1998, in response to their resistance to an earlier abortive attempt on the city the year before. There were also subsequent episodes when Hazaras in central Afghanistan were victims of targeted violence.”

It knows all of this because it is written in a Department of Immigration and Border Protection research paper.

For Hazaras, life in Afghanistan is getting worse. Edmund Rice Centre director Phil Glendenning noted in a 29 October newsletter: “I have visited Afghanistan on many occasions and, while I have witnessed situations of high risk in the past, the security situation during this most recent visit in August was the worst I have seen.”

Glendenning went on to document that 14 family members on their way to a wedding in July were killed because they were Hazara. And just one week before Zainullah Nazeri was abducted, another Hazara man was taken from a bus and executed.

Life in nearby countries is similarly dangerous. In Pakistan “significant numbers of Afghan Hazara refugees have been killed and injured in attacks in Baluchistan”, he said.

This is the reality lurking behind the Immigration Department’s statement: “People who have exhausted all outstanding avenues to remain in Australia and have no lawful basis to remain are expected to depart.” The department qualifies this by stating: “Australia does not return people to their country of origin where this would contravene our obligations under international human rights instruments that Australia is party to, including the Refugee Convention.”

If forcibly returning people to a country in which they are recognised as an oppressed minority subjected to violence isn’t contravening “obligations under international human rights instruments”, then what is?