You are at:Home»News»1st October Hazara Solidarity in Seoul – South Korea 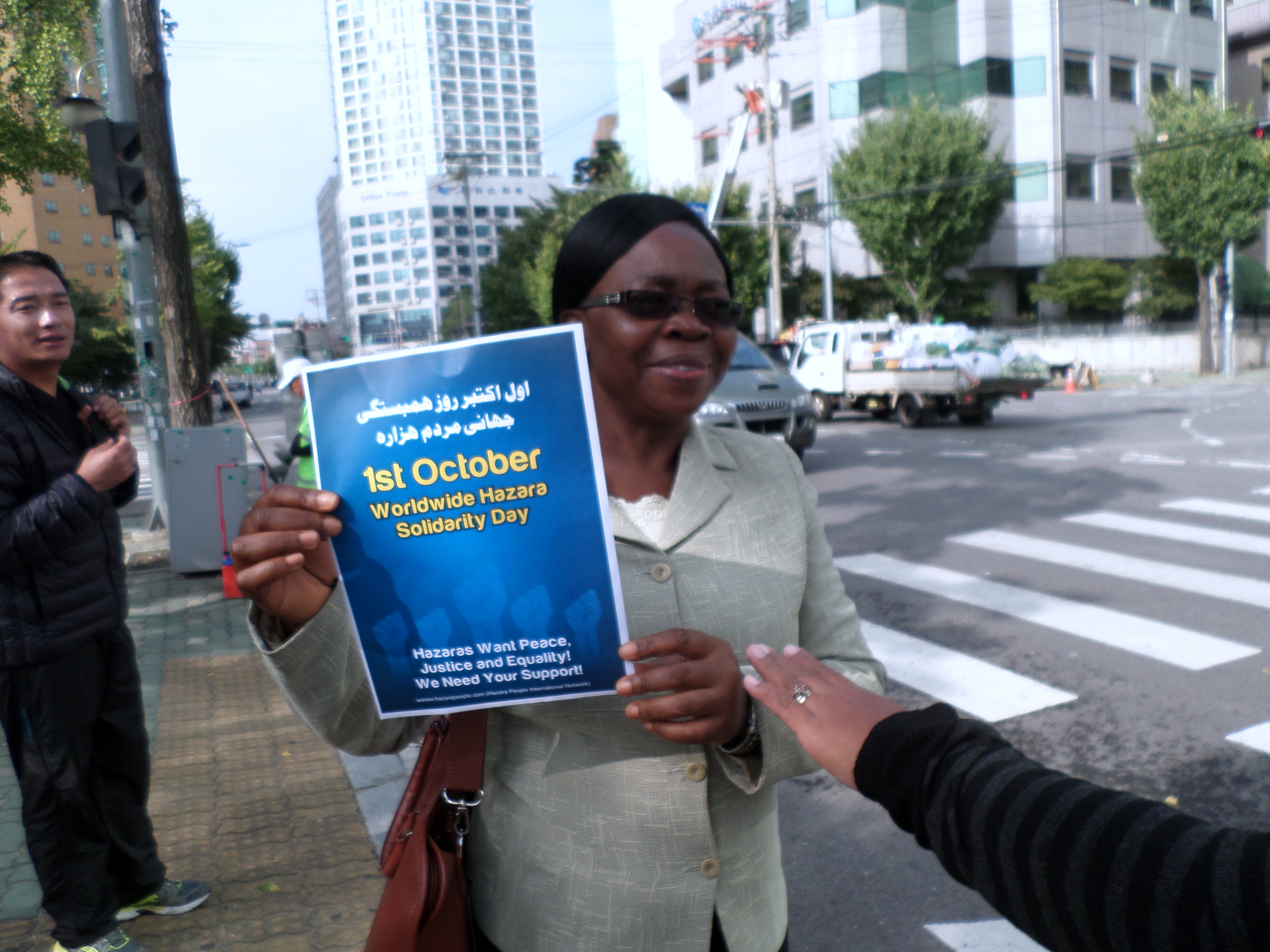 Seoul is the capital of South Korea, and it has 10 million populations, most modern and advanced equipment, skyscrapers buildings, landscape view and the best weather. It did not take me long time to get to know 24 participants who came from 19 countries.

After reading my reports, which I wrote on Afghan ethnic groups, Korean teachers were shocked and surprised that Afghanistan is composed of several ethnic groups. This report brought many questions to their minds, and they became eager to know more about Afghanistan and its people. I have attended several different programs, and in of these programs I met Ms. Jihong Lee who wanted to know more about Hazaras.

The first question she asked me was, “which ethnic group you belong to?” I responded to her that I belong to Hazara. The only thing she knows about Hazaras was from The Kite Runner novel, by Khalid Hussaini. At the program lunch, I talked to her about the history of Hazaras and their current condition. I was noticed that when I was talking to her about Hazaras history and genocide, the only word which was coming out of her mouth was “sorry”.

Because Ms. Jihong Lee has a strong sense of humanitarian and wanted to know more about Hazaras, she gave me more chance to talk to her about Hazaras. When I gave my first presentation in a school about Hazaras, the audiences asked me many questions about my people. After the presentation, on of the teachers, came to me and said, “you are Hazara, and I we will never forget your presentation.”

Yesterday, I went to a middle school where I played Hazara students’ songs and showed Kohan Yadgar-e-Sarzamin Azar film. The songs were recorded and performed by the Marifat High School’s students.

In every program whenever I saw Ms. Jihong Lee I talked to her about my people. When 1st of October got close, I talked to her about 1st of October, the Hazara Solidarity day. After hearing about 1st October, she requested me to talk to the organizer of this program and get more information about the program. After contacting Basir Ahang, he gave more information about 1st October, sent me posters, and 1st October, Worldwide Hazara Solidarity day Resolution. I really appreciate his hard work and his help.

Today is the 1st of October, and I feel happy and excited because my new friends, who just met me a month ago, are friendly and kind. I feel that I am living in Hazarajat. Every one of my friends supported me to celebrate 1st October, and each of them wrote a sentence about Hazaras on a piece of paper. They supported us by holding the posters on their hands and shared their pictures holding posters with their relatives and friends via social networks.

1st of October is my second birthday, a birthday which I am proud of and proud of being Hazara. It was small thing that I could do for Hazaras. I asked God to give me more opportunity and time that I can do more for my people. It is not fear to end this writing without saying thanks to Ms. Jihong Lee and other colleagues who helped and supported me to celebrate 1st October in Seoul.