You are at:Home»Refugees»Europe»The Afghans and the Norwegian Elections 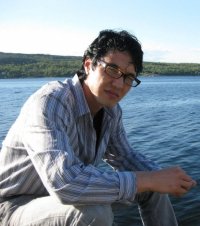 The Norwegian Elections are held on September 9th.  Economical plans and policies, especially taxation, growth of work opportunities, education and privatization, are the main hot debates in Norwegian Elections this year. The Norwegian parties have also programs related to the immigration issues that sometimes become too hot in the media.

Since the Norwegian government’s policies regarding the refugees and asylum seekers are not made by the complete expertise, the replacement of governments would also affect the situation of asylum seekers and people who intent to live in this country.

In spite of Norway’s need for immigrants as a work power and human resource as well as to compensate the decrease of population but the Norwegian government for different reasons such as political, security and religious ones, does not have an equal treatment with all asylum seekers who arrive from different countries to Norway.

Corrupted government systems and widespread corruption in the offices in countries which have a large number of fugitives and asylum seekers, has made it easy to fake any kind of documents, and this has become an excuse for the Norwegian government to easily reject many asylum applications while many immigrants from the Eastern European countries live and work easily in Norway.  Right now for instance, thousands of asylum seekers from Afghanistan, Iran and Iraq are in the refugee camps in Norway who are waiting for their asylum results. They are following the Norwegian Elections news with fears and concerns. Whatsoever the result of these Elections would be, however, it will affect these people and others who are waiting to join their family members in Norway.

Considering the election campaigns of the political parties in Norway, parties such as, “RV” Red Alliance, “SV” the Socialist Party or the Green Party from the left parties, from the conservatives, Liberal Party or the Christian Democrats, would win the election in a bigger alliance with a bigger party such as the AP Party, there will be hope for betterment of life for asylum seekers and refugees in this country but if the Progressive Party or the Conservative Party each wins the election alone with majority of seats, there will be risk for deportation of many Afghan asylum seekers back to Afghanistan.

Norway has a population of around five million people and about three millions are eligible to vote.

The participation average in 2009 election was estimated 76, 4 %. The Norwegian parliament is consisting of 169 seats. More than thirty political parties have participated in the election but there are only seven main political parties who have members in the current parliament. The Labor Party is the biggest party that has 64 members in the parliament. The estimation these days shows that The Labor Party is still on top but not a single party is able to make the government with an absolute majority and the coming government will also be a coalition government.

Based on the information provided by the Norwegian Ministry of Immigration, the first group of Afghan asylum seekers who entered Norway in 1996 was of sixteen people. Then in the later years thousand more came and now more than 17,000 Afghans live in Norway, most of whom are eligible to vote. Besides, there are still hundreds of people in the refugee camps waiting for the results of their asylum application.

Although voting is not obligatory but there is an excitement among the refugees and immigrants who are eligible to vote but what party will they vote?

Fatima, Asghari, a student in engineering faculty says, she would vote The Green Party, because they have good programs for the refugees and the immigrants. She says that this party is in favor of acceptance of more refugees in Norway and she believes if this party wins, many of her country fellows who are in the refugee camps would obtain visas to live in Norway. She reveals that she is a member The Youth and the Nature Organization and that she likes the eco programs and ecologic plans by presented by The Green Party.

Amir Ashna says that he would participate in this election because Norway is one of the ten main supporters of Afghanistan and it has got 500 soldiers in Afghanistan. He says that this country annually gives about 120 million USD funds to Afghanistan that is a remarkable amount of aid to his country of origin. He also says that based on which party wins the election, the amount of financial aids to Afghanistan would be determined. Amir Ashna votes to the party who has clear and useful plans for the refugees and asylum seekers.

Mustafa Elham, who has got his Norwegian passport, just a year ago, says that he had never had a chance to vote. There was war in Afghanistan and he had to flee his country. Wherever he had lived before, he had never had right to vote, because he did not have documents and papers. This is the first time in his life that he is voting, but he is still unsure which party to vote. First he wanted to vote The Labor Party, but he thinks that the Labor Party also makes stricter laws and regulations day after day against the refugees and asylum seekers. For him, it is important to see the betterment of the situation for his friends and fellows who still live in the refugee camps.

He says that the Socialist Party has good programs but they are so popular in Norway so at the end, he thinks the Socialist party would make a coalition with the Labor Party. He says that he has to think carefully before he votes.

For the Norwegian Parties, it is a very low-cost and effective campaign to raise the issue of immigration control etc, as the Norwegian citizens like many other European citizens who complain from economic crisis, believe that the immigration from the third-world countries has affected their economy and has decreased the level of their welfare.

There are parties, who take advantages of the situation and “they strike as long as the iron is hot!” They increase their anti-immigration campaigns and slogans to obtain more votes from the complaining citizens.

This election would determine that how the new government would deal with the situation of hundreds of Afghan asylum seekers and thousands of other asylum seekers from the countries in conflict that are waiting the revision of their asylum applications.