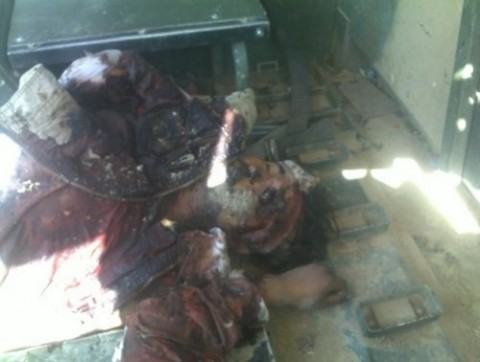 Based on reports from Maidan Wardak province, Taliban terrorists have killed five Hazaras after torturing them brutally in Jalrez district.There are different uncertified reports on this killing.The district administrator in Jalrez has told the journalists that these five people worked in foreign troops’ bases but the family members of the murdered people denies the statement of the district administrator about them.

They say, the Taliban have tortured and brutally killed the people who were the only earners in their families. They were on their way to visit their families. Their bodies were found in Kote Ashro area on Tuesday 23rd July and then were taken to be buried in Kabul.

The person who saw the corps said that their eyes were taken out and their bodies were cut in different parts by knives. One of the witnesses says “These people had not guilt, except being Hazaras; therefore they were killed brutally by the Taliban terrorists”.

Four of them are from Jaghori district in Ghazni province and one is from Baghlan province in the north.

Except Behsood district, most of other districts in Maidan province are controlled by the Taliban terrorists and they attack on civilian vehicles that go to Bamyan or Ghazni and kill the passengers.

Last year, tens of Hazara passengers from Kabul to Bamyan or the opposite, were killed by the Taliban terrorists. The Bamyan residents have many times demonstrated to point out the insecurity on Kabul- Bamyan road but no measures are taken in action by corrupt Karzai administration.

The innocent civilians are killed every day by Taliban in different parts of Afghanistan while Karzai embrace them as his brothers to cover their cruelty and war crimes. There is an extremist group consist of Farooq Wardak, Sulaiman Layeq and Karim Khoram that surround Hamid Karzai and facilitate the ethnic cleansing and relocation of the Taliban for the power in the government.