You are at:Home»Art»Photo exhibit brings images of Afghanistan to Dunwoody 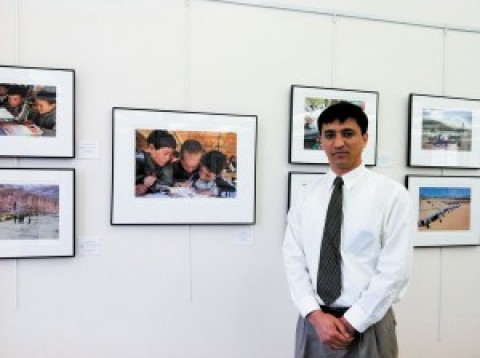 By Admin on June 23, 2012 0 Comments
Mohammad Rezaee asked Afghanistan photojournalists and his relatives for photos.
Share this story

Mohammad Rezaee asked Afghanistan photojournalists and his relatives for photos.

Mohammad Rezaee said that since moving to the United States, he’s been asked hundreds of times where he’s from. Almost everyone understands when he tells them he’s from Afghanistan, he said, but few are familiar with his ethnic group, called the Hazara.

“In order to know more about Afghanistan, you should know about the Afghan people,” Rezaee said.
Rezaee, a student at Georgia Perimeter College, decided that the best way to educate people about life in Afghanistan is through pictures.

Through July 13, the Dunwoody campus of Georgia Perimeter College is hosting “The Hazara of Afghanistan: Cultural Exhibit & Lecture,” an exhibit about the Hazara people that Rezaee assembled.

“It aims to increase awareness of the rich culture and history of the Hazara people,” Rezaee said.

Rezaee said the Hazara are the third largest of the four major ethnic groups in Afghanistan. The Hazara live mostly in the rural central region of Afghanistan and have a culture that is distinct from the rest of the country. They are typically Shiite Muslims and speak their own language, which is similar to Farsi, he said.

One of the most prominent references to the Hazara people in popular culture is from the best-selling novel “The Kite Runner” by Khaled Hosseini. One of the major themes in the book, which is set in Afghanistan, is the conflict between the two main characters over class and ethnicity.

“Ours is a history of ethnic cleansing, enslavement and prohibition to higher education,” he said. “Most Americans do not know that.” 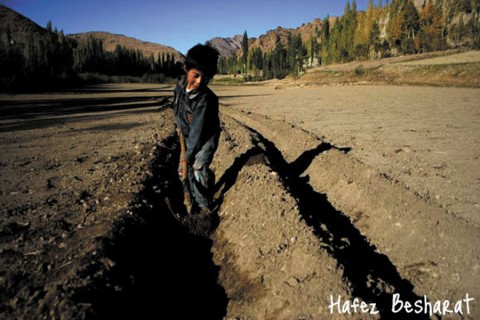 Rezaee himself escaped from the Taliban in the 1990s. From 1994-1996, he said, the Taliban restricted imports to the central region of the country, leaving many Hazaras starving and eating grass to survive.
When his family was fleeing to Pakistan, Rezaee said they were stopped at a checkpoint in the Taliban stronghold of Kandahar. He said an armed member of the Taliban interrogated him about why he wasn’t wearing shoes. When Rezaee stumbled for an answer, the guard called for Rezaee’s head to be cut off.

Rezaee said he was lucky that his uncle was able to save him by saying that the young man was mentally ill and was on the way to Pakistan for treatment.

“Most of the Hazaras were killed on the way to Pakistan, their bodies left in the desert for the animals to eat,” Rezaee said.

After living in Pakistan for several years, Rezaee came to the United States in 2003. He is now pursuing a degree in computer science – something that Rezaee said would not have been possible in Afghanistan because most colleges do not accept Hazara students.

The exhibit, located in the library of the Dunwoody campus, includes photographs of Hazara people at school, working, and wearing the traditional costumes worn for special occasions like weddings.

Rezzae said after he got the idea for the exhibit, he contacted several photojournalists working in Afghanistan as well as his own relatives. He asked them to send him about 100 photos each and worked with a professional photographer in Atlanta to curate the images.

“I chose unique pictures, not only beautiful pictures,” he said.

Ernie Guyton, director of the Center for International Education at Georgia Perimeter College, said he was happy to work with Rezaee to host the exhibit because the college is always trying to expand its international programs.

“When we have a student like Mohammad, who is already international and willing to present information on his own country, we welcome that big time,” Guyton said.
Guyton said he was impressed by Rezaee’s passion for telling the story of where he came from.

“What really drew me to want to support Muhammad is I looked at the pictures, and the pictures were just fantastic. When he put himself in the story, escaping from the Taliban in the 1990s, I thought, this story really needs to be heard,” Guyton said.

The idea behind the exhibit, Rezaee said, is to give a voice to the Hazara people who have suffered in Afghanistan.

“Life is learning always. We’re human and we learn from each other,” he said. “Now, at least people who have attended this exhibition know what’s going on inside Afghanistan.”