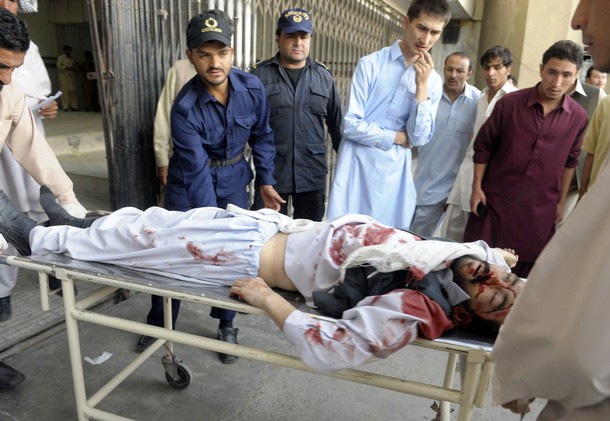 Pakistani Shiite Muslims push a stretcher carrying the corpse of a pilgrim to a hospital in Quetta on September 20, 2011, following an attack by gunmen. Gunmen shot dead 26 Pakistani Shiite Muslim pilgrims travelling to Iran on September 20, the deadliest attack on the minority community in Pakistan for more than a year, officials said. In a brutal assault, gunmen ordered pilgrims off their bus, lined them up and assassinated them in a hail of gunfire in Mastung, a district 50 kilometres (30 miles) south of Quetta, the capital of the southwest Baluchistan province. AFP PHOTO / BANARAS KHAN (Photo credit should read BANARAS KHAN/AFP/Getty Images)