You are at:Home»Refugees»Majority of Australians oppose Malaysian asylum-seeker swap plan 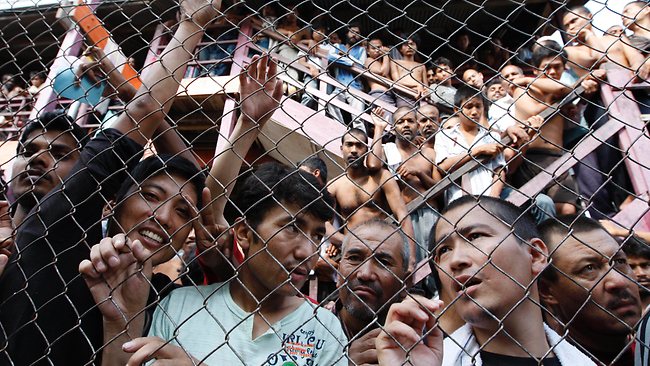 By Admin on June 6, 2011 0 Comments
COMPARISONS: A Federal Government plan that would involve asylum seekers landing in Australia moved to Malaysia has sunk in a new poll. Picture: AP Source: AP
Share this story COMPARISONS: A Federal Government plan that would involve asylum seekers landing in Australia moved to Malaysia has sunk in a new poll. Picture: AP Source: AP

ONLY a quarter of voters support Julia Gillard’s plan to swap asylum seekers with refugees from Malaysia.

About 66 per cent of people oppose the deal, with 42 per cent saying they are “strongly opposed” to it in a Galaxy poll conducted for The Courier-Mail.

A mere 5 per cent of respondents said they “strongly supported” the plan, which will see Australia send 800 asylum seekers to Malaysia and accept 4000 refugees in return.

Since then, the Government has faced a growing backlash from within its own ranks over plans to include children in the asylum-seeker swap.

The Malaysian Government has not signed international conventions on refugees and has been criticised by human rights observers for cruel punishments including caning.

Mr Bowen said there would be special protection measures for children sent to Malaysia.

But Ms Parke, a former UN lawyer, said she would oppose the deal if it resulted in unaccompanied children being sent to Malaysia.

“They are entitled to have their welfare and rights protected and the minister, as the official guardian of unaccompanied minors, has the responsibility to ensure that Australia complies with its legal obligations,” Ms Parke told ABC Radio.

Mr Wilkie, whose support Labor needs in the hung Parliament, said the current plans were “worse than the Pacific Solution” where the former Howard government sent asylum seekers to Nauru and PNG’s Manus Island.

Opposition Leader Tony Abbott said Malaysia used “very severe and cruel punishments” and it would be fairer to restart the asylum-seeker-processing centre on Nauru.

But Mr Bowen said restarting the centre on Nauru would not “break the business model of the people smugglers” because most asylum seekers sent there were later resettled in Australia.

Ms Parke is the first member of the Government to publicly criticise the plan. But others have raised concerns privately.

Labor MP Stephen Jones, a convenor of the party’s Left faction, said he wanted assurances that asylum seekers would be treated humanely.

But Queensland MP Graham Perrett, from the same faction, said he believed the plan would help save lives by discouraging asylum seekers from travelling to Australia by boat.