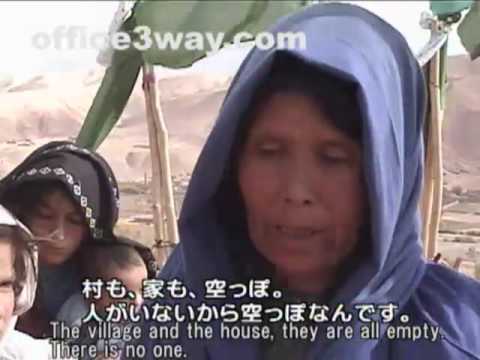 By Hazara People on February 9, 2011 2 Comments
Share this story

A Hazara woman recounts how her husband was killed in Afshar, west of Kabul. Hundreds of innocent people from Hazara minority were massacred by forces of Sayyaf and Ahmad Shah Massoud in this area in 1993. 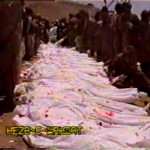 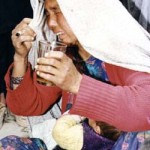 Victims: Innocent Hazara residents of Afshar and Karteh Se and members of the Hezb-e-Wahdat (Unity Party) who defended the Hazara people and fought for equal rights.

Perpetrators: Then former President Rabbani, his chief military commander and son-in-law, the so-called “lion of Panjshir” Ahmad Shah Massoud (both from Jamiat-i-Islami political group who participated in the murders) and Abdul Rasul with his political party, Ittehad-i-Islami.

* “…hundreds of its Hazara residents were massacred by government forces, under the direct order of President Rabbani and his cheif commander, Massoud.””At one o’clock on the morning of 11 February, while the inhabitants of Afshar lay asleep in their beds, the Institute of Social Sciences was attacked from three sides: from the west by Sayyaf’s Ittehad-e-Islami forces, and from the north and south, by Rabbani’s forces, helped by traitors within the Party, who had already been bought off.”

“Following this withdrawal, forces loyal to Sayyaf and Ahmad Shah Massoud raided the area. For the next 24 hours they killed, raped, set fire to homes, and took young boys and girls as captives. By the time the news was broadcast in Kabul and internationally the following day, some 700 people were estimated to have been killed or to have disappeared. One year later, when parts of the district were retaken by Hezb-e-Wahdat forces, several mass graves were unearthed containing a further 58 bodies…”
(S.A. Mousavi: The Hazaras of Afghanistan )

Hence, Human Rights Watch reported that civilians had their throats slit and leg or arm cut off. More than 1,000 were killed and/or disappeared.

Leaders of the Massacre: “Abdul Rasul Sayyaf, a current U.S. ally, was among the mujahedeen leaders in power in Afghanistan- the ones who welcomed Osama bin Laden to Afghanistan in 1996 from Sudan, where he had been forced to leave under U.S. pressure. Sayyaf, whose men carried out brutal atrocities during the mujahedeen’s rule, was a close ally of Ahmed Shah Massoud, on the rights in this photograph, whose men also carried out brutal acts.”

On February 11, 1993, Massoud and Sayyaf’s forces entered the Hazara suburb of Afshar, killing – by local accounts – “up to 1,000 civilians”, beheading old men, women, children and even their dogs, stuffing their
bodies down the wells.
* According to Los Angeles Times (Apr.26,1999) “In one terrible incident in 1993, documented by the State Department, Masoud’s troops rampaged through a rival neighborhood, raping, looting and killing as many as a thousand people.”

* “nternational responsibility for human rights disaster”, (AI, 1995) In March 1995 Shura-e-Nezar forces reportedly carried out raids on hundreds of civilian homes in Kabul’s south-western district of Karte Se, killing or beating whole families, looting property and raping Hazara women. One family, interviewed by a foreign journalist in Kabul, said President Rabbani’s soldiers had told them they wanted to “drink the blood of the Hazaras”. Medical workers in the area confirmed at the time at least six incidents of rape and two attempted rapes, but believed the actual number was much higher.

* Human Rights Watch, (October 10, 2001)”In March 1995, Massoud [Defence Minister at that time] forces were responsible for rape and looting after they seized control of Kabul’s predominantly Hazara neighborhood of Karte Seh.
On the night of Feb. 11, 1993, the Massoud and Sayyaf forces conducted a raid in west Kabul, killing Hazara civilians and committing widespread rape. Estimates of fatalities range from 70 to more than 100.