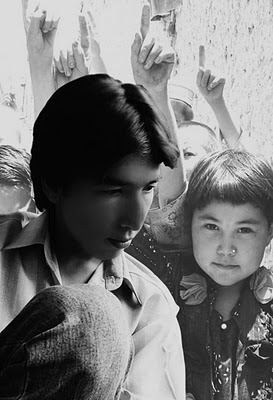 Since October 2001, Afghanistan has been occupied by the International Security Assistance Force (ISAF). This group, comprised of both NATO and non-NATO member nations, has been in action in an attempt to bring aid to the Afghan people and rid the country of Taliban and al Qaeda forces. Their main goal has been to bring freedom to Afghanistan and its citizens.

Yet, throughout these last seven years, freedom of speech and expression in Afghanistan has been repeatedly called into question by these occupying forces, including Canada.

The government, militant groups such as the Taliban and erupting conflicts between the two group’s opposing views of the constitution has created an extremely difficult environment within the country for the average citizen.

Currently there are two main factors from the constitution of Afghanistan that set in motion the entire discourse on freedom of expression. Firstly, the religion sections of the constitution, Articles’ 2 and 3, states that people are free to exercise their faith and perform their religious rights ‘within the limits of the law’.

But Dastageer Sakhizai, workforce planning branch consultant for the government of Saskatchewan who moved to Canada from Afghanistan 10 years ago, knows first hand the struggle people in Afghanistan go through every day to make their voices heard.

“There is no mention of freedom of consciousness within the constitution,” said Sakhizai.

In fact, apostasy from Islam is punishable by death as stated by both the constitution and under the rule of Sharia law.

The second main force of opposition against freedom of speech and expression in the country is one that has received much attention across the globe—the Taliban.

When any coverage in the press appears about opposition parties in Afghanistan, traditionally the Taliban are not included in this group. Even as the largest opposition group in the country and across the region, the Taliban are seen traditionally as holding only military or militant power, not political. But Taliban are in fact included in the long list of official political parties in Afghanistan, and are therefore by all rights allowed to be a part of the countries political process.

“It’s like they [the Taliban] don’t exist. Now, ironically, the whole West is pushing for negotiations with Taliban,” said Sakhizai.

At this point the Taliban are gaining power in the country politically, to the point that other parties in positions of power are seeking their approval and ‘blessing’. And Taliban have been the most prominent force against freedom of speech and expression in the country, implementing a highly strict form of Sharia law.

Bloggers like Basir Seeratmust overcome the risks of punishment for expressing their views about their country and the world online.

“The state has formulated the rules in which freedom of expression has significantly been safeguarded,” said Seerat, a blogger and photojournalist from Kabul.

The blocking factor of freedom of expression over the years has merely been the ‘Sharia-oriented’ vision by some religious leaders.

The Sharia law, or Islamic religious law, follows the guidelines and teachings found in the Koran, and often comes into conflict with the constitution of Afghanistan—particularly the article pertaining to civil and human rights. While the constitution mandates that people can print or publish their opinions freely, the rule of Islamic law does not permit publishing any material that is deemed against Islam itself.

Seerat has experienced this contradiction first-hand as a photojournalist. He spent 10 days in Taliban captivity for his attempts at shooting a documentary on a female political candidate attempting to break though in a male-dominated culture.

The future of freedom of expression in Afghanistan will no doubt be filled with challenges and risks like the ones Seerat has experienced. As the Taliban continues to grow and evolve into a younger, tech-savvy and increasingly more violent political power, more voices will be silenced and snuffed out.