You are at:Home»News»80% of Schools Shut in Helmand 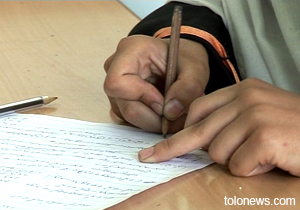 80% of Schools Shut in Helmand Insecurity has caused the closure of 80% of schools in Helmand, local officials say.

According to the governor of Helmand, the main reasons for the closure are insecurity, burning of schools, and intimidation of teachers by the Taliban.

The governor of Kandahar also says some of the schools in the province are still closed.

But the Afghan minister of education, in a recent speech in London, has said there are signs showing that the Taliban are no more against girsl’ education in Afghanistan.

“Around 80% of schools under ministry of education are still closed in Helmand,” Governor of Helmand, Gulab Mangal, said.

Mr Mangal added that some families do not send their children to schools because they fear the Taliban.

“If there is no security, schools cannot function. Last year some insurgents, especially Pakistani Taliban burnt some schools,” he said.

Meanwhile, the governor of Kandahar also cites insecurity and presence of Taliban as the main challenge to reopen schools there.

“Lack of sufficient security is one of the main reasons that the schools have remained closed, Governor of Kandahar, Toryali Weesa, said.

Previously, there have been incidents of gas poisoning in some schools in different parts of Afghanistan, and unknown groups have sprayed acid on school girls in the south to threaten them not to go to school.