You are at:Home»Refugees»Child asylum seekers to be deported back to £4m Afghanistan reintegration centre 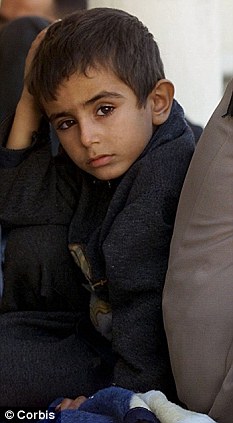 By Hazara People on June 8, 2010 0 Comments
Child asylum seekers from Afghanistan face being deported back to the war-torn country under new Government plans
Share this story

Child asylum seekers from Afghanistan face being deported back to the war-torn country under new Government plans.

Immigration officials want to forcibly return more than 100 children a year, who arrived in Britain unaccompanied, to Kabul.

A new £4m reintegration centre is to be built there to accommodate them until they are 18.

Around 12 teenagers are expected to be sent back every month for the first year under the new rules as well as 120 adults a month who will be given reintegration assistance.

There are more than 4,200 unaccompanied child asylum seekers in Britain, most of whom are in childrens’ homes. Those from Afghanistan are the largest group.

Of the 400 minors claiming asylum in the first three months of this year, almost half were from Afghanistan.

Until now, removals have been blocked because of child protection issues and a government promise that failed child asylum seekers would be returned only if proper care was in place for them abroad.

The new plans follow moves by other European countries such as Norway, Sweden and Denmark to send unaccompanied children back to Afghanistan.

The plan included support for countries of origin ‘creating reception centres that can provide care for minors when the family can not be found’.

But charities last night said the children could be put in danger.

Simone Troller of Human Rights Watch warned the children would be ‘vulnerable’ and called on the government to introduce proper safeguards for their welfare.

‘No one should be encouraging children to make dangerous journeys across the world,’ Damian Green, the immigration minister, told the Guardian.

‘Therefore we are looking to work with other European countries, such as Norway, and valued international partners, such as Unicef, as well as the Afghan government, to find ways to help these young men and women in their home countries.’