You are at:Home»News»Violence Between Kuchi-Taliban and Hazara a New Cause for Concern 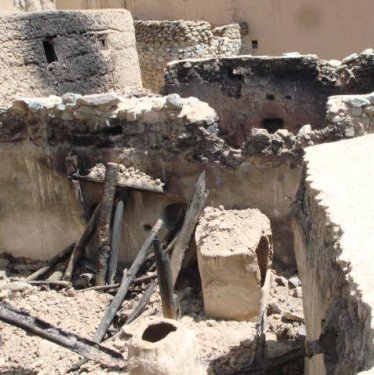 Violence Between Kuchi-Taliban and Hazara a New Cause for Concern

The violence in Afghanistan has taken a new dangerous dimension with Taliban using nomad Pashtun-Kuchi as part of their plain to aggravate ethnic tensions between the former and the Hazara community. This issue needs urgent attention from the Afhgan goverment and international community lest open conflict between the two groups develop.

In the last two weeks, the Afghan media has highlighted intense violence in the centre of the country, where thousands of Hazara villagers have been forced out of their homes. This year, with the help of Taliban and neighbouring Pashtun-districts the Kuchi have forcefully evacuated, according to some estimates, up to 300 Hazara villages, subsequently burning and looting their homes, agriculture lands and administrative buildings.

This continuous aggression since 2006 is well reflected in the 2009 United Nations Environment Programme report, which highlighted the “significant loss of [Hazara] life and property. The worst violence has been since 2007 when Kuchi took over administrative offices and hoisted Taliban flags.”

The Kuchi-Hazara dispute is around competing rights to use the pastures and watering sites. It’s origins is in an edict issued by Amir Abdul Rahman in 1894, which gifted lands throughout Hazarajat (Central highlands) to those Kuchi clans that had assisted him in defeating the rebellious Hazara. In 1927 those land grants were cancelled by King Amanullah who ordered their reissue as use rights confined to high altitude pastures. Hazara were to have secure control of settlements adjacent to grazing lands. However, according to Pashtun custom a community pasture extends only as far as a man’ shout extends when he is standing at the last house in the village. This remains the land law today as most recently amended (July 2008).

The Afghan government and international community’s unwillingless to resolve this issue has alienated both Hazara and Kuchi communities.  Many minorities feel that the government is siding with the Pashtun-Kuchis. This week, the Hazara community in response launched one of the biggest demonstrations across the world – from Kabul to London to Istanbul- and demanded the immediate settlement of this issue. Meanwhile, all 30 Hazara and 10 Kuchi MPs walked out of parliament in protest last week.

As the UNDP 2009 report concluded, the armed conflict has reached a level where it can easily evolve into inter-ethnic conflict that can engage further Taliban and possibly support from a neighbouring country on the side of the Hazara. This should serve as a warning to the international community, which has for so long overlooked the significance of such ethnic tensions. This violence can further fragment the Afghan society, which can bring the country to the brink of civil war like in Iraq.

Moreover, this can provide opportunities for local warlords and strongmen to exploit this opportunity to further aggravate the dispute. During the last Hazara protests in Kabul and London, the demonstrators demanded the immediate resignation of the two main Hazara leaders: Khalili, the second vice-president, and Mohaqeq, the leader of Hazara MPs in parliament. These events have coerced these leaders into hard-line positions to show their supporters they are fighting for the rights of their people.

Poorer Hazara and Kuchi who genuinely depend upon pasture access to survive are placed at risk by decisions being made by these power-holders who do not have majority’s interests at heart.

It is clear that this issue needs urgent and immediate attention. Otherwise, the dispute can become an open conflict between Afghanistan’s two main ethnic groups, which can easily bring in outside actors, such as the Taliban or even neighbouring countries.

There is a need for a long term establishment of a community-based approach and pasture-by-pasture resolution process and an immediate resettlement of Pashtun-Kuchis according to Article 14 of the Afghan Constitution.

Timor Sharan is a British-Afghan and is pursuing a PhD at the University of Exeter focusing on post-conflict intervention and state-building in Afghanistan.