You are at:Home»News»Rohullah Nikpai Wins First Ever Olympic Medal for Afghanistan 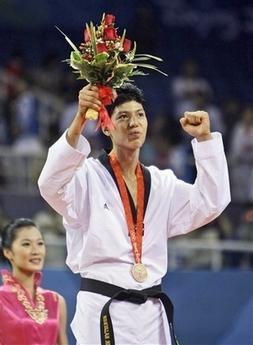 Kabul: A Hazara Taekwondo star, Rouhullah Nikpai, made history when he defeated a Spaniard to win bronze, the first medal in Afghanistan’s Olympic history.

Ruhullah defeated the two-time Taekwando world champion, Jaun Ramos, 4-1 in man’s 58kg category at the Beijing Olympics on Wednesday. His victory has elevated Afghanistan to 60th place in the rankings according to the total medals won.

Reports indicate that President Karzai personally spoke to Nikpai on the phone to congratulate him on his historic victory. Karzai’s spokesman announced that the president is going to award Nikpai and his family a house to live in.

Nikpai was born on June 15, 1987 in Tehran, Iran. He started his Taekwondo training under the tutelage of Ustad Humayoon Raza’ee when he was 10. Nikpai and his family returned to Kabul, Afghanistan after the collapse of the Taliban.

He has won numerous medals at the national and international levels, including medals in the South Asian Federation (SAF) Games. Nikpai was placed 2nd in World Taekwando Federation’s qualifying event last year in Vietnam. He defeated the 2006 European Champion, Leven Tuncat, of Germany.

At home in Kabul, Nikpai works as a barber during the day. He does bodybuilding and Taekwondo training in the mornings and evenings respectively.

Hazaristin Times congratulates the whole nation on Nikpais’ historic victory, and wishes him more success in the future. 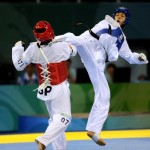 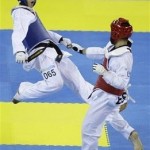